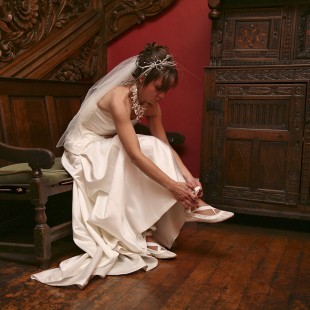 Preparing for the First Dance

This is an actual wedding shot that was set up (I have her permission to use this). The bride is changing into her dancing shoes ready for the first dance.